Is it possible to break your penis? The unfortunate answer is yes. In the medical profession, a broken penis is known as a penile fracture. But, whilst on the rise, these remain pretty rare.

A penis doesn’t break in the way that an arm or a leg might; there isn’t actually any bone in a “boner”. Rather, a penile fracture happens when you rupture the casing, known as the tunica albuginea, that holds the blood within your penis.

It usually happens during sex – and you’ll notice if it does. Get yourself to a doctor quickly, because the complications of a snapped penis can include erectile dysfunction, scarring, and long-term pain.

Is It Possible to Break Your Penis?

Yes, it is possible to break your penis, and, yes, it can be incredibly painful. It’s the news that no man wants to hear, yet it’s something of which we should all be aware.

Like any injury sustained on your private parts, a broken penis can be quite a serious event. It is most likely to happen during sex, when a misdirected thrust results in your penis sustaining some sort of force or pressure. In these instances, the penis can bend sharply, and you’ll hear the sound of the fracture.

It’s not a very pleasant experience. Luckily, it is not a very common one either. In 2019, 164 men underwent treatment for a penile fracture in the UK. Although the numbers are on the rise, this is still a very rare occurrence.

In this article, we’ll tell you all you need to know about a broken penis, including what it is, what it isn’t, and what you should do if it happens.

What Happens When You Break Your Penis?

Despite its common nickname, your penis doesn’t actually contain any bones. Rather, the hardness of your penis comes from the fact that, when erect, it contains a lot of blood.

Alongside the urethra, through which you urinate, your penis consists of two tubes known as corpora cavernosa. These are made of spongy tissue that is adapted to hold large quantities of blood. When you become aroused, these fill with enough blood for your penis to become hard.

These tubes are surrounded by a tough bit of muscular fibre known as the tunica albuginea. This holds the corpora cavernosa in place and gives them their shape.

If you experience a penile fracture, it is this rigid casing that ruptures. You’ll hear a pop or a creaking sound and you’ll immediately lose your erection, as the blood leaks out of your corpora cavernosa into the surrounding areas of your penis.

How Can You Break Your Penis?

During heterosexual intercourse, penile fractures occur in vigorous thrusting during sex, when your penis slips out of the vagina and strikes your partner’s body, rather than penetrating the vagina again. With the force of the impact, the penis can bend, causing the tunica albuginea to break.

Studies suggest it is most common during sex in which the woman is on top. In these cases, she is controlling the movement, whilst her weight rests on your penis, meaning that the pressure is greater. Doggy style is the second most common culprit. Here, your penis doesn’t have much space to manoeuvre if it suddenly slips out.

Interestingly enough, penile fractures appear to happen most commonly during extramarital affairs. The same study found that over 80% of fractures occur when having sex outside of the bedroom. The researchers note that sex in stressful situations increases the chances of these fractures.

How Do I Know if I Have Broken My Penis?

In the overwhelming majority of cases, you will know well if you have broken your penis. The most common symptoms include the following:

If the fracture is particularly serious, you can also rupture your urethra – the tube through which you urinate – too. In this case, you will certainly see blood in your urine.

Men who suffer a penile fracture report that it is immediately intensely painful.

That’s why we say you’ll know if you have broken your penis. This pain will not necessarily subside until the rupture is fixed under surgery.

However, not all pain during sex is down to a penile fracture. Irritation or pain throughout intercourse might be the result of an allergic reaction, a sexually transmitted disease, prostatitis, or just a lack of lubrication. The pain associated with a penile fracture is sudden, intense, and accompanied by the other symptoms too.

Does Erectile Dysfunction Mean My Penis is Broken?

It is common for men who experience erectile dysfunction (ED) to fear that their penis is in some way “broken”. And whilst, in some circumstances, it can be a long-term complication from a penile fracture, ED is not in itself a sign of a broken penis.

ED occurs when the blood flow to your penis that normally sustains your erections becomes affected. This can be the result of various physical, physiological, and psychological issues – poor cardiovascular health, mental health problems, or diseases like diabetes. However, it is incredibly rare that ED would be the result of a ruptured tunica albuginea – particularly because you’d almost certainly notice the break.

ED is a deeply frustrating condition, but it does not mean that you have a “broken penis”.

What Should I Do if I Break My Penis?

If you are experiencing the symptoms of a penile fracture, you should seek immediate medical attention. Although this can be embarrassing, the quicker you’re treated, the higher likelihood of a full recovery.

You will be given surgery to repair the rupture in the penis, and, whilst recovering, you will be instructed to refrain from sexual intercourse. Unfortunately, there can be complications. Painful intercourse and erections, a curved or scarred penis, and ED are all possibilities. You may experience difficulty urinating and reaching orgasm, too. However, this differs from person to person and depends on your situation.

Is it possible to break your penis? Yes, it is – but, luckily, this is incredibly rare. With only tens of cases reported in the UK annually, you don’t need to panic: penises are pretty hardy things.

Typically, penile fractures occur during sex, particularly when you are in the “cowgirl” or “doggy style” positions. This is when the most pressure is on the penis. You’ll notice when it happens – and the sooner you seek medical attention, the better. The alternative can be permanent damage to your penis.

Erectile Dysfunction
penis health
This information is not intended to be a substitute for professional medical advice, diagnosis, or treatment. It should never be relied upon for specific medical advice. If you have any questions or concerns, please talk to your doctor.
You might also like 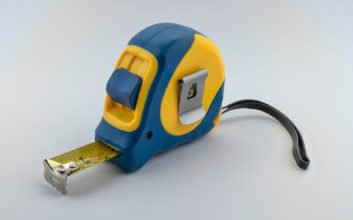