When you start losing your hair, it’s common to look back on your life and think: “could I have done things differently?”

Remember the quiff you sported through school? Maybe the tubs of wax you used to sculpt that ski-jump are now causing your follicles to expire? Or what about the summer you bleached your tousled locks? Is the harsh peroxide having a latent impact on your receding hairline? And that baseball cap! The fitted one that always felt a bit too tight – did that permanently cut the oxygen to your luxurious mane?

If you’re going bald, it’s not because you spent your youth fashioning your lid into some bizarre David Beckham meets Fred Durst vibe.

The answer to all of these is a resounding “no”. If you’re going bald, it’s not because you spent your youth fashioning your lid into some bizarre David Beckham meets Fred Durst vibe. However, thanks to a variety of culprits (mostly the internet), these ideas abound, so we’re going to do our bit to address them by debunking five of the most egregious hair loss myths.

Minoxidil & Finasteride. Effective in 9/10 men, by far the best plan out there. It both reduces hair loss and stimulates hair regrowth.
Start from £28

Oh, to be a teenager. The raging hormones. The wild mood swings. Texting your crush on a Nokia 3210. Trying to get served in pubs by putting on a button-up shirt. Spending 20 minutes every morning rubbing fistfuls of gloop into your hair to look, um, cool?

It was a wild time! And now that your widow’s peak is looking peakier by the day, you may be wondering if your formative styling routine did lasting damage to your hair. In short, it did not. No amount of gel/wax/mousse is going to cause male pattern baldness, nor is the odd misguided dye-job, so do not blame your younger self’s penchant for product for the current situation up top.

And now that your widow’s peak is looking peakier by the day, you may be wondering if your formative styling routine did lasting damage to your hair.

Just blame them for the incredibly embarrassing old photos that occasionally pop-up on your timeline.

Myth #2: Hats Are Doing A Number On Your Hair

Hats can do a lot of things for your appearance. They can make you look like a baseball player, a cowboy, a trucker, a cockney market trader, a southern dandy, a mariachi band member, a cruise ship captain, a peaky blinder, Guy Fawkes and so on.

One thing they cannot do, however, is make you go bald. So rock your fedora, if you must, because it’s having zero effect on your follicles.

Having said that, there is a condition called traction alopecia, which can result from excessive pressure and friction being applied to the hair.

While the sun certainly isn’t great for your skin (always slather on the SPF 30!), its powerful rays are not going to cause your hair to thin.

Even so, it’s never wise to underestimate the humongous ball of fire that illuminates our entire planet. While the sun will not cause your hair to fall out, prolonged exposure can lighten our locks. Great for your summer look, but also an indication that your hair is drying out.

Thanks to a prominent psychoanalyst, it can be cathartic for a man to blame all of his problems on his mum. Let’s not go too far into it, as it’s super weird. Anyways, we’ll just say that one hair loss myth apportions blame for baldness at the feet of our mothers.

And this is quite simply not fair. Your mother’s genes alone do not determine whether or not you’ll hold on to your hair. Genetics are the most common cause of male pattern baldness, but the traits that cause you to go bald can be inherited from both sides of your family. So blame your dad, too, or your third cousin, or whoever.

Thanks to a prominent psychoanalyst, it can be cathartic for a man to blame all of his problems on his mum.

Actually, it’s better not to blame anyone, because nobody deserves to be berated by a younger relative about their balding head.

Effective in 9/10 men, by far the best plan out there. It both reduces hair loss and stimulates hair regrowth.
Start from £28

Perhaps the most pervasive myth related to hair loss involves testosterone levels. Namely, the more test there is coursing through your body, the balder you’re likely to be. Hence why buff, manly dudes like Bruce Willis and Stone Cold Steve Austin are all bald as an egg.

Male pattern baldness is caused by DHT (Dihydrotestosterone), a byproduct of testosterone that causes hair follicles to shrink. Thus people assume more testosterone = more hair loss. However, it all depends on how sensitive your follicles are to DHT, not how much DHT there is overall. And this sensitivity all comes down to genetics.

As such, men who go bald tend to have the same level of testosterone as men who don’t. However, if you like to pin your hair loss on your epic levels of test and unmatched virility, imagined or otherwise, then by all means, you do you.

balding
Finasteride
hair loss
hair loss myths
hair loss solutions
hair loss treatments
minoxidil
This information is not intended to be a substitute for professional medical advice, diagnosis, or treatment. It should never be relied upon for specific medical advice. If you have any questions or concerns, please talk to your doctor.
You might also like 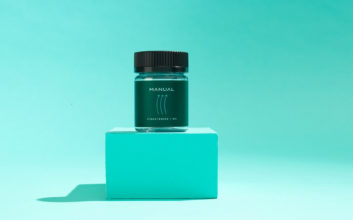